If you were recently involved in a minor front-end collision, you probably feel relieved that no one was hurt and that your car does not have any visible damage. However, just because you cannot see any damage to your vehicle, it does not mean that none is present. There are a couple of types of possible hidden damage that your car may have sustained during even a minor accident.

Even if a dent on the outside of your car does not look deep, a possibility exists that the car body's frame may have been bent or even cracked during impact. While this type of damage may not seem serious, any damage to the frame could adversely affect your safety if you were involved in another accident.

As part of a car's design, the frame acts as a buffer to absorb a large amount of the impact during a collision. This helps keep the car from crumbling as well as takes the brunt of the force off of you and your passengers.

However, if the frame has already sustained damage, it will not be able to absorb as much of the force during impact. This inability would then cause extensive damage to the vehicle as well as put anyone inside at increased risk for injury.

2. Sustained Damage to Engine, Radiator, and Other Parts

Along with your car body's frame, other areas that may have been damaged during the front-end collision lie beneath the hood. Even if the accident resulted in minor external damage, the motor, radiator, and other parts could have sustained damage.

During the impact with the other vehicle or object, the force produced could have shifted parts within and outside of the engine. The force might also have impacted the complementary parts so that they are no longer in alignment. And, since the radiator lays behind the grill, it could have been cracked, which would lead to coolant leaks.

Even if you do not find any noticeable or severe damage to your car's front end after a minor collision, there may still be hidden problems. These problems could impact your car's ability to work properly and keep you safe while driving. Take your car to an auto repair shop as soon as possible after the accident so that they can inspect the engine and body to see if any issues need fixing. 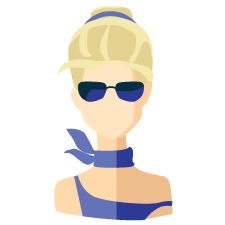 When I was 16, I felt like I won the lottery when my dad bought me a car. Year after year I have looked after that car carefully by washing, waxing, and detailing the exterior. However, this past year I realized that the car was starting to show some signs of aging. Some of the paint was peeling, and I could tell that it needed to be completely repainted. I turned to a professional auto body shop to help me to add a brand new pop of color. When my car was finished, it looked like a brand new ride. Read this blog to learn how a little paint could help your car.

Got A Ding Or Dent In Your Bumper? The Benefits Of Hiring A Professional For Bumper Repair
16 December 2022

Auto repair shops sell kits that allow you to fix …

Automotive Collision Repair: What Goes Into Your Estimate
22 September 2022

Reasons To Get Your Cracked Windshield Replaced Immediately
24 June 2022

Whether the crack in your windshield is a new deve …

There are many repairs and other issues that a per …

When you are involved in a bad wreck, you might pr …